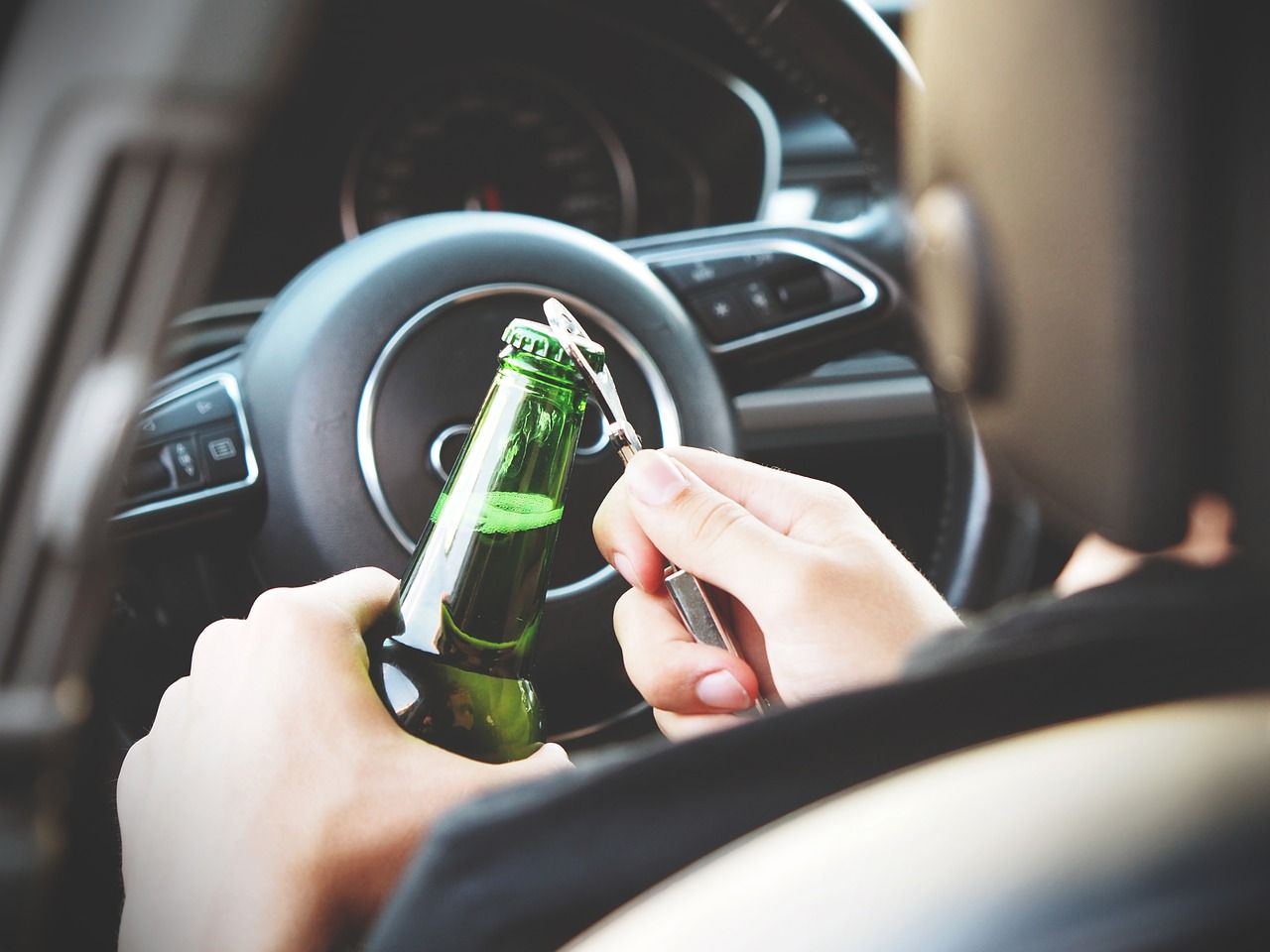 Drinking and driving is never a good idea. It’s dangerous for everyone on the road, and it can lead to severe legal penalties. But despite the risks, some people still choose to drink and drive. Here are some essential facts about drinking and driving that everyone should know.

Don’t Risk it! Why shouldn’t you drink and drive?

1. Drinking and driving is dangerous.

Around 10,000 people, or 28 people every day, die every year because of drunk driving. According to the National Highway Traffic Safety Administration (NHTSA), someone is killed in an alcohol-related car accident once every 52 minutes. One out of three traffic deaths is caused by a drunk driver.

Three main factors will determine whether or not you’re charged with a DUI (driving under the influence): your blood alcohol concentration (how much alcohol is in your blood), how well you can safely operate a vehicle, and whether or not you show signs of being intoxicated.

For example, if you try to pass a sobriety test but fail miserably, there’s a good chance that the police officer will arrest you for a DUI. Most states have legal limits of 0.08% (except Utah 0.05) for blood alcohol content while operating a car.

If you’re pulled over on suspicion of drinking and driving, the officer will likely ask you to take a breathalyzer test or a blood test to determine your blood alcohol concentration. If it exceeds the legal limit for your state, then you might be charged with a DUI.

2. Alcohol slows your reaction time and impairs your judgment.

When you drink, alcohol enters your bloodstream and goes to all the organs of your body, including the liver, brain, and muscles. Alcohol slows down reactions – it takes longer for you to react than when you are sober – so it’s harder to judge how long it will take for you to stop or swerve if something appears on the road ahead of you. It also makes it more difficult for a person to walk in a straight line.

3. You can kill someone if you drive drunk.

4. You can still get arrested without being drunk

You don’t have to be drunk to get in trouble for drinking and driving. Even if your BAC is under the legal limit, you could still get in trouble for impaired driving or even reckless driving. If an officer thinks that your ability to drive safely was compromised due to alcohol consumption, they can still arrest you.

5. Drinking and driving has no benefits

Some people might think that drinking and driving is safer than walking or taking a cab because they can control the vehicle. However, even if you’re not over the legal blood alcohol concentration limit, you could still be arrested for impaired driving. Plus, pedestrians and taxi drivers aren’t usually held accountable for injuries caused by drunk drivers.

Drinking and driving can have a severe impact on your life. Not only will you be fined, but you’ll lose your license, face jail time, and have to deal with the hassle of appearing in court. Just think about what you would lose if you were charged with a DUI or convicted of drunk driving.

So remember: if someone offers to be your designated driver, give them a high five and say “thank you”! Drinking has no benefits over having a sober friend drive instead! So call a cab or

7. Make sure your passengers are safe when you drive

Before you get behind the wheel, check to ensure that everyone in your vehicle is safe. That means buckling up for safety and checking to ensure that everyone has a seatbelt on. You should also keep an eye out for crying or vomiting kids or pets who could pose a potential distraction while you’re driving. A good rule of thumb is if the person seems intoxicated themselves, they probably shouldn’t be driving either! Remember: drink responsibly…no excuses!

How to Avoid Drink Driving?

Whether it’s from your house, a friend’s house, or a restaurant, always have a plan for how to get home safely before the night begins.

1. Ask a friend to drive you home after drinking

Your friend will help keep the roads safe if he/she drives you home. Please don’t make them risk their own lives by getting behind the wheel when they’ve been drinking because it could put everyone in danger!

2. Always call a cab or Uber if you’ve been drinking

If none of your friends are willing to be your designated driver then consider hiring an experienced driver at Uber, Lyft, SideCar, etc. One of the drivers will get your home safe and sound while helping keep the roads safe for everyone.

Taxi will be cheaper than the fine for being caught.

Just because you love your friend doesn’t mean that they are in any state to be behind the wheel of a car. You have no idea how much they’ve had to drink, so it’s better for everyone involved to make sure they get home safe, sound, and in one piece!

Public transport is an excellent way for people to get around when they’ve been drinking. It’s also good for the environment! You’ll be helping keep everyone safe while getting home safely, even if it takes longer than usual. Remember: public transport is always the smartest option if you’re not sure whether or not you’re capable of driving after having one too many drinks.

If you’re too drunk to drive home, stay over at your friend’s house or ask them to come over to yours. You can sleep it off until you feel sober enough to drive home in the morning when you can drive again.

It’s always suitable for everyone involved if you let a friend get behind the wheel after drinking because they’ll be 100% focused on getting you both home safe and sound. Don’t risk taking your car out on the road if an alternative option is available!

What Are the Consequences of Drink Driving?

Drinking and driving can lead to severe penalties, including fines, license suspension/revocation, community service, and even prison time. The fines for a first offense of driving under the influence (DUI) can range from $100 – $6250, depending on your state. You might also lose your license for up to 24 months in some states.

In addition to these legal consequences, you could end up with serious damage to yourself and others if you get into an accident while drinking and driving. That’s why it’s so important to make sure that everyone who gets behind the wheel of a car after drinking is fully aware of the risks involved with drunk driving.

So remember: don’t let a friend drink and drive because they could end up putting their life at risk as well as the lives of everyone around them! It’ll make everyone involved much safer if they go home after drinking instead.

How Much You Can Legally Drink Before Driving?

How much is one drink of alcohol?

The first thing you need to understand is the difference between a standard drink and an actual serving of alcohol.

Standard drinks are all different sizes depending on which state you’re in. But one thing they have in common is that they each contain about .6 ounces, or 13 grams, of pure alcohol – roughly equivalent to 12 oz. of beer, 5 oz. of wine, or 1.5 oz. of 80 proof distilled spirits (hard liquor).

An average person metabolizes one drink per hour, so if you have more than that, expect the alcohol levels in your breath to be higher.

How much can a man drink and drive?

The legal limit for drinking and driving in America is currently set at 0.08 percent (except Utah 0.05%) blood alcohol concentration (BAC).

Remember that this only provides an estimate, and it’s always best to be conservative in your estimations. Even if you’re close, don’t take the risk! 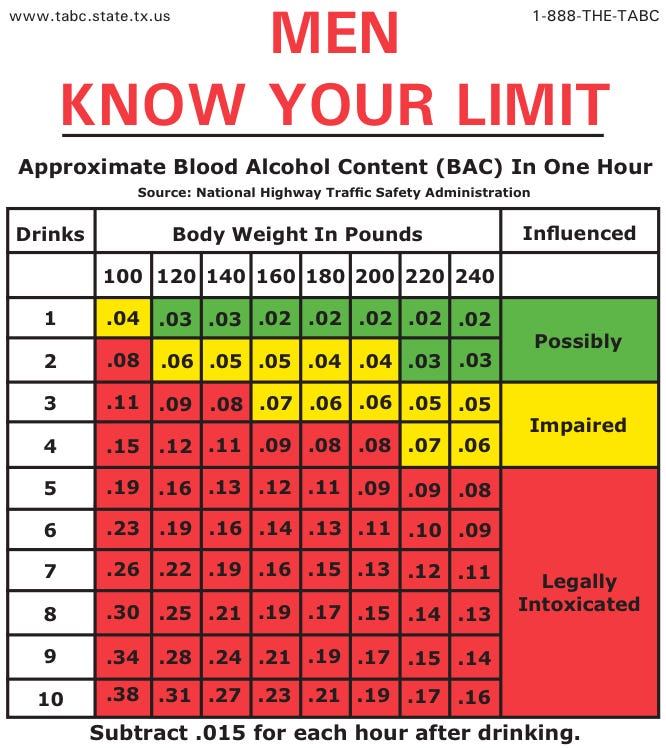 How much can a woman drink and drive? 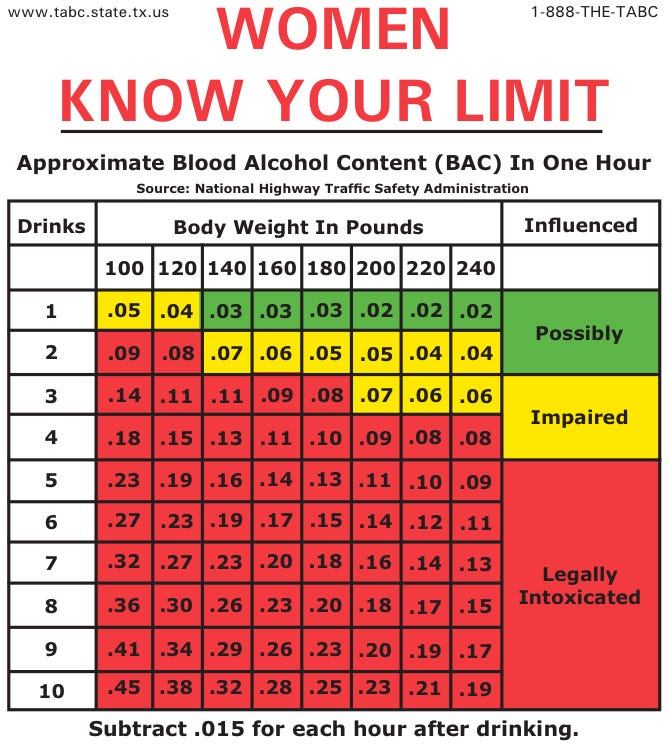 BACtrack is the leading producer of reliable, accurate, and easy-to-use breathalyzers. Their S80 model lets you know your blood alcohol content (BAC) by simply blowing into the device.

BACtrack breathalyzers are DOT, and NHTSA approved, meaning they meet the strict guidelines required by the DOT. The DOT requires that manufacturers of alcohol screening equipment be tested by federal officials who then provide a label on each device stating that it meets DOT requirements. BACtrack is among those meeting this requirement.

It’s always smart to have a plan for getting home safely after drinking before the night begins so that everyone gets home safe and sound…no excuses! A good rule of thumb is if the person seems intoxicated themselves, they probably shouldn’t be driving either. 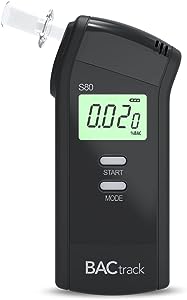 Typical BAC Limits Around the World

China, Estonia, Poland, Sweden, and others

US, Malaysia, Mexico, New Zealand, Norway, Puerto Rico, Singapore, and the United Kingdom, among others.